Coach Wade was an All-American swimmer at both High School and Collegiate levels. He became involved in competitive swimming as a sophomore at Temple High School in Temple, Texas. He placed 6th at the state swim meet in the 100 breaststroke his senior year. 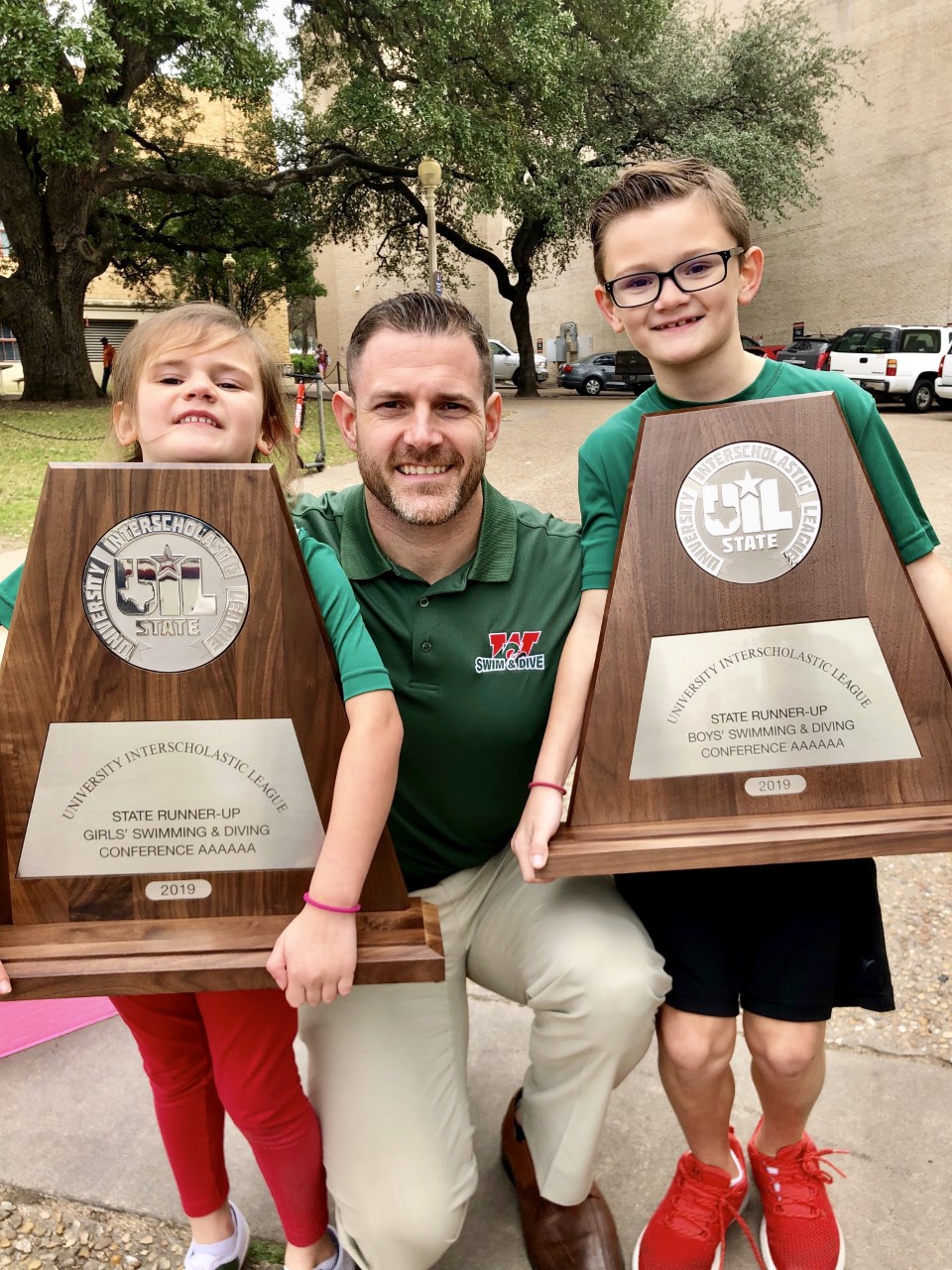 He then went to Arkadelphia, Arkansas on scholarship to swim for Henderson State University (HSU) where he broke both the 100 & 200 breaststroke records. His junior and senior year at HSU he was honored at the Arkansas Hall of Fame banquet as the Arkansas swimmer of the year. His senior year he finished 2nd in the nation in the 100 breaststroke.

After competing for four years he became the student/graduate assistant coach for HSU. During that time, he helped coach the team to its first NCAA conference title in 10 years. He also helped coach HSU’s first NCAA national champion. Coach Wade graduated with a Masters degree in Sports Administration.

He then went to Spring, Texas for a year to serve as Head Swim Coach for Westfield High School. Coach Wade then went to Magnolia ISD for the 2006-2007 season to be the Head Coach of both Magnolia High School and Magnolia West High School. He coached the Magnolia West Mustangs for 11 years. During that time, he coached numerous state qualifiers, state champions, All-Americans, and his girl’s team finished as state runner up twice. He was also the head age group coach for Magnolia Aquatic Club for 4 years. Coach Wade has been District Coach of the Year 7 times, Regional Coach of the Year 3 times, State Coach of the Year 2 times & Sectional Coach of the Year once. He became the head coach for The Woodlands for the 2017-2018 season. That year he lead the girls to a state championship and the boys were state runner up. Last year, he led both the girls and boys to a 2nd place finish at State.

Coach Wade’s wife of 15 years, Terri, teaches at The Woodlands High School and is the Head Volleyball Coach. They have a son named Jett (age 8) & a daughter named Tatum (age 6).