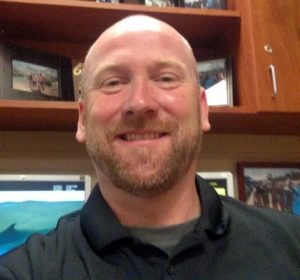 Coach Kevin Witt, current, Aquatic’s Director for Conroe ISD, has been named as the District’s Head Diving Coach. He will continue to serve as Aquatic’s Director. Before coming to CISD, Coach Witt was Head Women’s Diving Coach for Colorado State University, an NCAA Division I institution, for 11 seasons from 2005-2016. Before that, Coach Witt taught 6th grade for 8 years in Fort Collins, Colorado, and was Head Diving Coach for Poudre School District in Colorado for 10 years. In this position, he coached athletes from 4 high schools, and multiple middle schools. He also owned and operated The Fort Collins Diving Club, a USA Diving and AAU Diving Club, for over 20 years.